George Assonitis, Advisor on European Affairs at the Union of Hellenic Chambers of Commerce and Industry 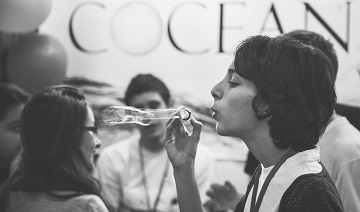 “Greek society and its respective leaders should stop being hostile towards entrepreneurship," recently declared the Mayor of Thessaloniki, Yiannis Boutaris, during a presentation of three dynamic businesses in the Athens Stock Exchange. Boutaris’ statement perfectly sums up the political and social attitudes towards entrepreneurship in Greece.

For several decades, the behaviour of Greek families, the education system, media, political and social leaders and other actors, has slowly diminished Greece’s entrepreneurial potential.

Greek families, which exercise strong influence over their children’s decisions, including their professional careers, pushed them to follow higher studies (health sciences, law, literature, and engineering) in order to acquire protected and permanent jobs – either in the public or the private sector.

As a result, a large number of young graduates have entered the job market with limited ambitions, seeking to move into the public sector or another protected profession.

To add to this, the Greek economy followed a perverse production model based mainly on consumption and financed by foreign private lending, and was not able to cope with the recent deep and prolonged economic recession. And a number of economic structural reforms and fiscal adjustment, imposed by foreign lenders, have not been easily implemented.

In conclusion, the crisis and recession could be an excellent opportunity for Greece to turn the page and start building a more entrepreneurial culture. One of the most important conditions to this is however, is political will. But the initial outlook seems bleak, with entrepreneurship being met with resistance.

This should not discourage us and we should continue to push for entrepreneurship education across Europe, building upon the many great initiatives already in existence. These include the Finnish “Entrepreneurship Decade 1995–2005” project, the start-up and spinoff projects in Detroit, and the ambitious project to engage Indian and Chinese immigrants in the Silicon Valley.

The EE-HUB is a step in the right direction and could be the source of inspiration for Greece’s entrepreneurial culture and mind-set.

George Assonitis, Advisor on European Affairs at the Union of Hellenic Chambers of Commerce and Industry 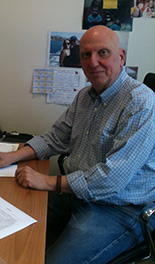 As coordinator of European affairs and projects in the Hellenic Chamber Network he will liaise with his colleagues from local Chambers working on entrepreneurial learning on the ground and also feed the information back to his colleagues in Greek. From 2001 to 2008 he was the Representative of the Ministry of Development at the Ministry of Foreign Affairs - Permanent Representation of Greece to the European Union in Brussels. He has gathered considerable experience during his career in the university sector, public administration and the Hellenic Chamber Network. On the policy field, he has participated, as an adviser to the Cypriot Minister of Commerce, Industry and Tourism, during the Cyprus Presidency of the Council of the EU, in the preparation of the Informal Meeting of Competitiveness Ministers, held in Nicosia on July 2012. The Meeting had dealt with the consultation of the Entrepreneurship 2020 Action Plan