What can the EU show the world about creating long-term value? 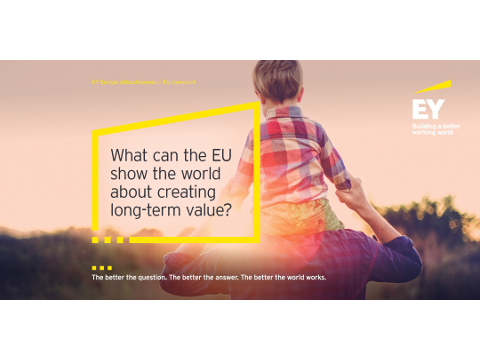 The European Union (EU) has a strong track record when it comes to creating long-term value for its citizens.

As a project, the European Union seems to be losing its appeal – for both Member States and citizens. Despite the EU’s undoubted achievements in terms of living standards, human rights, quality of life and welfare, the project is under threat from a demanding and volatile world. This world is characterized by growing social inequality, rising populism, trade tensions and game-changing technological revolution. As a result, the EU needs to keep reinventing itself if it is to be resilient and future-proof its strategy in the face of changing global dynamics.

European Commission President Ursula von der Leyen is ready to help the EU rise to the challenge. She wants to transform the EU into the leading force setting new global standards for long-term value creation. In her Political Guidelines for the Next European Commission 2019-2024, she sets out an inspirational strategy for the future, emphasizing the need for “a Union that strives for more”. Within the Political Guidelines are six headline ambitions that indicate a clear shift in direction: in order to regain momentum, the European project needs to switch its perspective from acting in the short-term interests of citizens to serving their long-term interests. The new leadership of the European Commission is committed to transforming Europe into the driver of positive change globally.

As the EU aims to create long-term value, it must, first of all, lead in sustainability and support Europe to become the world’s first climate-neutral continent. If we are to achieve such a bold target in the next decade, there will need to be a prompt and radical shift away from existing economic and consumer behavior models. So, as a society, we need to understand the impact of that strategy on businesses, especially smaller ones. How can we ensure that they are contributing to carbon neutrality while remaining competitive in global environment? Also, how can we support the ambitious investment in innovation that will need to take place and create the necessary incentives to influence the behaviors of both businesses and individuals? Is Europe ready to move toward a low- or no-car future, for example?

When it comes to being fit for the digital age, Europe is still playing catch-up to Silicon Valley with regard to business models and the application of emerging technologies. Having said that, however, on nearly every measure, Europe’s digital sector is booming. Foreign direct investment (FDI) is a particularly good measure to take as an example. The sector attracted a record high of 1,227 FDI projects in 2018, according to this year’s European Attractiveness Survey (pdf). Furthermore, European technology companies raised US$23b of venture capital funding last year, a significant increase on the US$5b they secured back in 2013. Moreover, Europe is also developing a respected reputation in the field of technology regulation. For example, the EU’s General Data Protection Regulation has influenced the development of other data privacy legislation globally.

One of the greatest strengths of the EU is its capacity to set common standards. Going forward, then, it needs to draw on this strength, and its experiences of regulating the internal market, to establish a digital single market in which small firms can operate effectively, provide services in compliance with common standards and protocols, and interact with interconnected, interoperable administrations. To do this, they must also be able to rely on a mature and efficient capital market that supports sustainable entrepreneurship. (cfr. Europe’s big tech contradiction, A. Renda, CEPS, 2019).

Building an economy that works for people is also hugely important, given widening social inequality and the growth of populism. For this reason, there is a need for robust social policies, equal access to opportunities, and a reversal of the erosion of the welfare state. This must lead to the redefinition of a European ‘social contract’, taking into account the impact of demographic and technological changes on the prosperity and social cohesion within EU countries. At the same time, heightened demand for new digital and technological skills requires the upskilling and reskilling of the current labor force so that workers are able to help drive digital transformation.

According to EY Building a Better Working Europe (pdf) governments, educators and businesses need to work together to address alarming talent shortages in digital skills such as analytics, artificial intelligence and cybersecurity. Also, building an economy that works for people also means understanding and exploiting the opportunity that technologies such as 5G wireless present to transform the urban landscape.

With the new European Commission taking office, the EU Institutions have a unique opportunity to change Europe’s economic model for the better. By investing in sustainability, talent and digital skills, they will not only build more resilient local communities, they will also show the rest of the world how to create value over the long term.

'By investing in sustainability, digital and talent, Europe will build more resilient local communities and economies'. 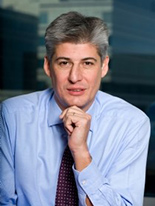 Alessandro Cenderello is partner at EY responsible for the management of EU institutions in Brussels. He has over 15 years of experience in EU policies, including effective policy making through regulatory and economic advisory on regional development, SMEs, R&D and innovation. Alessandro has been heavily involved in projects for change and performance improvement of public services and government organisations and has extensive track record in working with EU Institutions, the World Bank and UN, as well as with national and regional agencies. He can rely on excellent management skills and his solid experience of communication on issues at European institutional level.