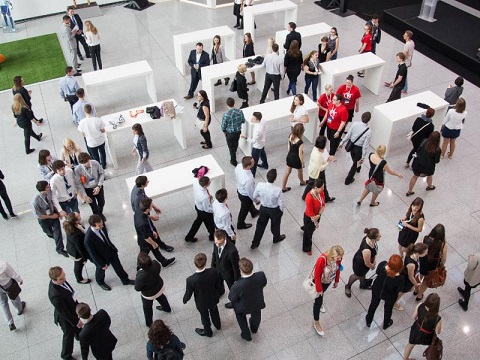 The JA Company Program (CP) has been in Europe for more than 50 years. Today it is the largest programme available to schools, with 320,000 students per year across more than 35 countries.

The CP experience ranges from approx. 75 contact hours to 200 in some countries—this is a combination of hours per week in school and after-school or in various informal learning opportunities (competitions, innovation camps, job shadow days etc). In several countries (Sweden, Norway, Belgium/Fl & Denmark rank highest in penetration rates), as many as 1 in 4 students have the opportunity to participate in CP. Over the last 20 years, we have seen papers, reports and research documenting the multiple impacts of this program, both among the alumni from the activities and immediate results connected to learning outcomes and motivation.

The Innovation Clusters for Entrepreneurship Education (ICEE) is a 3-year international research/policy experimentation project to evaluate the impact of entrepreneurship education by using the JA Company Programme (CP) at secondary level schools.  The main activity in the ICEE project is to carry out a 27-month field trial among students aged between 15 and 20 across five countries (Belgium/Flanders, Estonia, Finland, Italy and Latvia). In addition, the project examines National Plans, Assessment Tools, Teacher Training and Content.

From the preliminary survey data we can see that those with medium/high activity (defined as 100 hours or more) scored higher in several areas than control groups. They appear to be better in “ability to coordinate activities”, “decision making skills”, “presentation skills” and “taking initiative” than students with lower levels of entrepreneurship education, independent of desirability and perceived feasibility for self-employment. We also find increased learning in such key competence areas as “oral communication”, “written communication”, “social competence”, “cultural awareness and expression”, and “civic competence”, as well as higher motivation for school and school effort.  This is valuable for preventing drop-outs and improving academic performance.

Both the teachers and the students in the survey point out that the students have gained considerable hands-on practical knowledge of starting and running a company, by actually establishing their own. This is concrete knowledge about the different phases of a business, from having an idea to producing, marketing and selling it. The students also mentioned that they now realised the passion, hard work and long hours required to bring an initial idea to fruition.

Respondents with more than 100 hours of activity in a mini company in school had significantly higher entrepreneurial intentions compared to those with little or no such activity. They also scored higher on questions related to the degree to which they felt attraction for entrepreneurship and personally able to establish a company.

The data from the first year in the ICEE study also shows interesting indications regarding motivation for school, attendance and entrepreneurial intentions among women. The full report will be published in Estonia in November.

Studies and reports from the United Kingdom5 and Canada6 underline the findings, and confirm the positive short and long-term impact of giving young people a practical entrepreneurship experience before leaving school. The 2015-16 Company Programme report from the UK shows the significant impact the programme has on the employability skills and attitudes of young people. This year, they used a control group to compare CP participants’ results with a similar group of young people who did not take part. Comparisons with a control group show persistent higher gains across all employability competencies – with communication, confidence and resilience displaying the highest gains.

4 A Longitudinal Investigation of Junior Achievement (JA) Sweden Alumni and Their Entrepreneurial Careers, 1990-2007 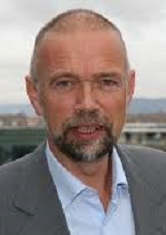 Jarle Tømmerbakke worked within teaching both in secondary and vocational education before moving on as a pedagogical developer being responsible for developing curriculum, pedagogical frameworks and leadership training for headmasters. He established and worked as CEO of JA-YE Norway and developed it to be the main provider of entrepreneurship education in the country. During these years, he was in charge of developing programs for students within entrepreneurship. He also worked with the government in drafting national strategies for entrepreneurship education and initiated different research projects or reports on the impact of EE initiatives. He was a member of the former EU expert group on vocational training.

As someone from the Uk it is great to see such results, which are highly commendable to say the least.

One big question is bugging me though, that of the intrapreneurial abilities, and what if we want more intrapreneurs? The recent World Economic Forum report in December last year made clear recommendations that we need to look beyond start up numbers, and to think more about the other attributes that entrepreneurial people offer. To cite their page 2:

"...because EEA (intrapreneurship) tends to be of higher quality in terms of growth potential, helps explain why Europe remains highly competitive despite low rates of business starts."

In the UK Higher Education sector we have acknowledged this through our Quality Assurance Agency for HE educator's guidance, but given this 'bigger picture review' by GEM and WEF, and the policy recommendation below, how can we reach further?

"As seen in the case examples, both EEA and TEA can be levered through national policies. Examples of possible government interventions to support both types of entrepreneurs include:
— Acknowledging the importance of both modes of entrepreneurial activity and understanding their dependence on the quality of the institutional and regulatory context of a country." 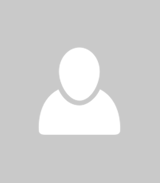